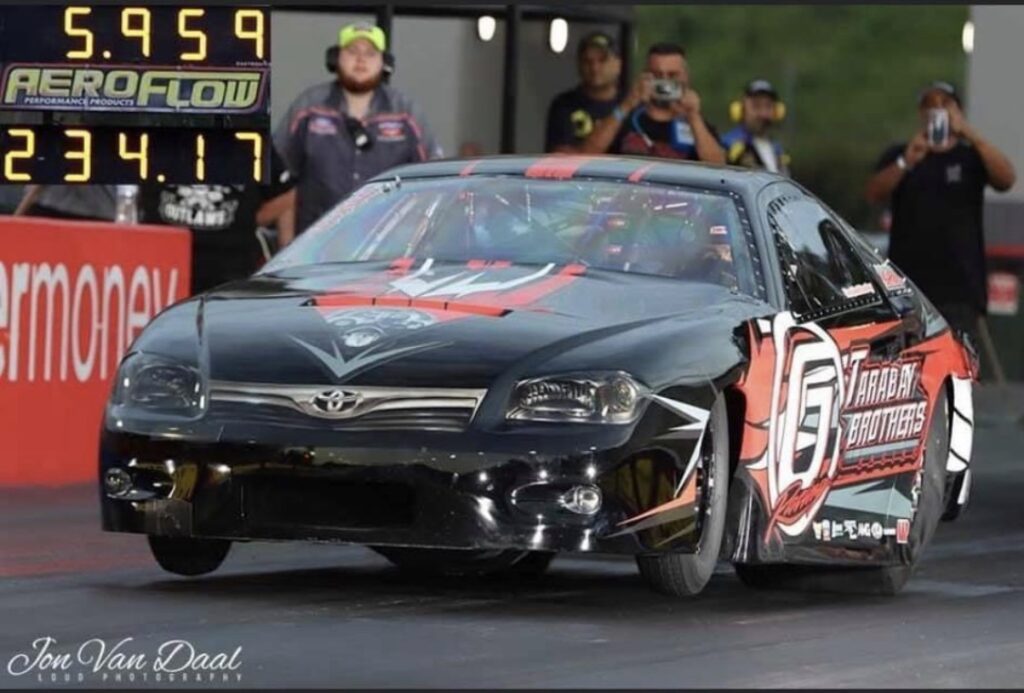 When it comes to horsepower, Gas Racing wants to give just as much potential to their customers as to their own cars. That was proven in a test session recently at Sydney Dragway, where Frank Tarabay became the quickest Australian Factory Extreme drag racer in history with a stunning 5.959/234.17mph run in his Toyota Scion.

The run also gave Tarabay the quickest and fastest run by an automatic transmission Sport Compact in the world.

“We are beyond pumped to be adding another five-second car to the Gas Racing team,” Signorelli said. “Frank has been driving this car for less than 12 months and yet he did a stunning job at the wheel to get that five.”

Tarabay has been on the cusp of the historic run in the last few meetings, having already run a 6.05/234mph. With Signorelli and co-tuner Paul Mouhayet creeping up on the FuelTech management data, it was only a matter of time until the last few hundredths of a second were found.

“Here at Gas Racing we don’t hold back on our customers’ race programs – just so long as there is Gas Racing horsepower at the front!” Signorelli said. “Frank might have officially knocked me from the number one position, but all that means is we will try and make both our cars even quicker again.

“With some solid runs under our belts we have some good data to start picking at Frank’s Scion and hopefully make leaps and bounds of progress, especially in the lead up to Jamboree.

“Frank’s entire crew are new to the sport of drag racing, but they have adapted to the fast pace of turning a five-second car around to go out and do it all again.”

With the expanding league of pro cars in the Gas Racing stables, Mouhayet is assisting Signorelli as co-tuner with all FuelTech management data, ensuring customers have a huge brains trust of information available.

If you would like to see what Gas Racing, Precision Turbo or FuelTech can do for your racing operation, call us now on +61296043643.